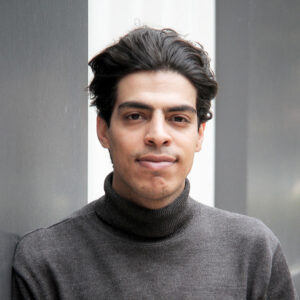 Hossein Mousavi is a dirt field footballer; He himself says that he loves football, but because he’s not able to enter Iranian football as an Afghan immigrant, he chose futsal and he finally found his way to the Afghanistan National Youth Team after several stages of testing in the talent test of the team. He returned from Tashkent to Golshahr, Mashhad, with a second-place medal and letters of commendation from the President, the Chief Executive of the Afghanistan Government, and others.

After shining in these competitions, Hussein has attracted the attention of several foreign league teams, but among them, he has accepted the offer of the Lebanese team to go to the Lebanese league and experience a new atmosphere in the futsal world in a few months.

مسیر افتخار
حسین موسوی از جنس فوتبالیست‌های زمین خاکی است؛ خودش می‌گوید عاشق فوتبال بوده اما چون راهی برای ورود به فوتبال ایران به عنوان یک مهاجر افغان نداشته فوتسال را برگزیده و در تست استعدادیابی تیم ملی نوجوانان افغانستان پس از چندین و چند مرحله تست و آزمون نهایتا به این تیم راه پیدا کرده و با آن‌ها راهی مسابقات آسیایی تاشکند شده و با مدال نایب قهرمانی و لوح‌های تقدیر رئیس جمهور، رئیس اجرایی دولت افغانستان و دیگران برگشته به گل‌شهر مشهد. حسین پس از درخشش در این مسابقات مورد توجه چند تیم لیگ‌های خارجی قرار گرفته اما از بین آن‌ها پیشنهاد تیم لبنانی را قبول کرده تا راهی لیگ لبنان شود و از چند ماه دیگر فضای جدید و نویی را در عالم فوتسال تجربه کند. حسین هنوز هم به زمین‌های خاکی رفت و آمد دارد و کم سن و سال‌هایش را به تلاش برای درخشیدن، تلاش برای بزرگ شدن و تلاش برای رسیدن به جاهایی که استحقاقش را دارن تشویق می‌کند. داستان دست خدا اثر علیرضا معصومی را اینجا بخوانید
The ball, which was signed by all of Hussein's teammates and coaches, is very dear to him.
Hussein's most important titles are his runner-up medal at the 1998 Asian Championships.
After the runner-up in the Afghan U-20 futsal team, Hussein became famous and interviewed with a local newspaper in Mashhad.
Omid Golshahr(A club), whose players are Iranian teenagers, are training on the ground in Golshahr. Hossein is known as a successful futsal player among all Iranian and Afghan fans of the sport in Golshahr.
Hussein is preparing balls to play with his teammates. He is known as a role model in futsal between his peers in Glasher.
Hussein received his secondary education at the Sahib al-Zaman Autonomous School. Since 2015, by order of the Supreme Leader, there has been no ban on enrolling Afghan immigrants in schools, but before that there were local self-governing schools for Afghan children. These schools were generally established and run by Afghan immigrants. Friends and neighborhoods of Seyed Hossein are taking a souvenir photo with him.
This reception took place after the runner-up of the Afghan U-20 national futsal team in Asia - July 2019 in Golshahr area of ​​Mashhad.
Memorial photos of Hossein on the wall of his room, in one of which he is present with Reza Enayati, a former player of the Iranian national football team.
Nasser Ghanbarzehi (right) owns a sewing workshop where Seyed Hossein worked in a while ago. Nasser Ghanbarzehi is training and teaching futsal during his unemployment.
[10:09 AM, 7/6/2020] Alireza Masomi: Hussein lives in Golshahr neighborhood. All the residents of this area are Afghan immigrants.
In 2018, Hussein was one of four selected participants in the selection test of the Afghan U-20 futsal team, which was held in Golshahr. At the age of 11, he started playing football on the same field.
Hossein is playing with the players of Omid Golshahr team. At the age of 11, he started playing football on the same field.
Hossein is training with his friends in the futsal hall of Golshahr area in Mashhad city. According to him, he has turned to futsal since 2016 due to the impossibility of progress through football for immigrants.
Hussein scored two goals in the semi-final against Indonesia and the Afghan team won a total of four to three.
Hussein was invited to the Lebanese Premier League after shining in the Asian Under-20 Futsal Championship, and according to him, he signed his first professional contract with the Lebanese Al-Ghabiri team.
This reception took place after the runner-up of the Afghan U-20 national futsal team in Asia - July 2019 in Golshahr area of ​​Mashhad.
Menu
© All rights reserved.